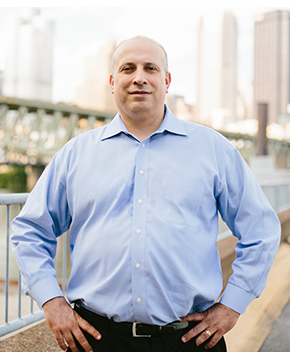 Thomas Joseph is a licensed patent attorney in Pittsburgh, Pennsylvania. He maintains a solo practice in all areas of intellectual property law. Additionally, he is the part-time General Counsel of Grant Street Group, a financial software firm in Pittsburgh. On top of his practice and counsel, he writes an intellectual property blog that appears on the Industrial Heating Experts Speak website. Mr. Joseph continually explores and researches new areas of IP law, including Supreme Court influence on copyright law, individual case analysis, as well as breaking down new legislation.

A Pittsburgh Attorney Who Focuses In Intellectual Property Law

Mr. Joseph served as the Chair of the Pittsburgh chapter of ASM International. Furthermore, the chapter presented him with the Outstanding Young Member award in 2004 and Chairman Award in 2009. In 2011, he presented the chapter’s annual Pittsburgh Night Lecture.

He also serves on the Board of Directors of the Pittsburgh New Music Ensemble and has participated in the Greater Pittsburgh Arts Council Volunteer Lawyers for the Arts program.